Rt. Rev. Barker: Peacemaking Starts with Respecting the Religious Traditions of Others

Following our greater push for a more just and equal union, I have been reflecting on our society’s journey towards a deeper embrace of religious equality. As the leader of a large Christian community in an increasingly multi-faith and secular America, this is an issue that is close to my heart.

Earlier today I appeared as a guest at a forum hosted by Omaha’s Tri-Faith Initiative. For you Eagles who have left the metro area, the Tri-Faith is an endeavor which, over the last several years, has located three diverse religious congregations — a church, a synagogue and a mosque — onto a single West-Omaha campus. The participating faith communities all pledged to prioritize mutual support and neighborly interaction with one another, while still maintaining a thoroughgoing commitment to their individual faith traditions. Tri-Faith is an extraordinary and one-of-a-kind endeaver in every way, and one which has been led, in no small part, by proud graduates of Central High School.

Over the years, there have been many nay-sayers regarding Tri-Faith, with the most strenuous criticism usually coming from folks of one of the representative faith groups who could not trust that the co-location and collaboration envisioned by the participants would not lead to some watered-down version of their own preferred faith. My own denomination, the Episcopal Church, has been involved in the work of Tri-Faith from the very beginning, and it has often fallen to me to give some explanation for why a Christian leader would support a movement designed to equally build up our local Muslim and Jewish communities. My reasons for participating in this work are three-fold. And it’s my contention that all Americans who believe religious freedom and equality are important guiding principles for our country should support efforts like the Tri-Faith Initiative.

First, I believe that inter-religious dialogue actually strengthens participants in their own religious convictions. I was born and raised a Christian. My belief system was not only taught to me by my family and in the parish church in which I was raised, but it was reinforced by the norms of the larger community in which I grew up. That was a blessing in one sense, because it made Christian practice easy. But it could also lead to an anemic and shallow faith, since one was rarely called to give an account for why one chose to believe.

What a grace it has been to engage in theological conversation with smart and devoted followers of Islam and Judaism as part of my work with Tri-Faith. Invited to give a clearer account for what I believe and why — forced to examine the many ways the different and perhaps competing faith traditions of Judaism and Islam are beautiful, moral, and life-giving — I have come to a clearer understanding of why I choose to follow Jesus, and why I continue to embrace the practices of Christian discipleship that shape me every day. I know for a fact that Muslims and Jews who are part of the Tri-Faith Initiative have had similar experiences in their lives.

Every major religious tradition has foundational teachings that include a duty to love and care for neighbors, and to forgive those who have done you wrong. This is the second reason that supporting interfaith dialogue — and working to realize equality of among faith traditions — is important to me as a believer: my call as a person of faith is to love others. In fact, in my own tradition, Jesus teaches that we actually draw into closer relationship with God when we love and care for other human beings.

There may be no greater area of conflict, division and hopelessness in the world today than in the seemingly intractable divisions between the world’s varied religious traditions. The tendency of faith groups to demonize the “other,” even to the extent of sanctioning prejudice and violence, has led to incalculable human suffering and division. With so many voices championing hate under the guise of zealously spreading their chosen religious tradition, it’s critical for those who are serious about our shared religious duty to love and care for others, to love and care precisely for those with whom we do not share an easy relationship or a common world view. If we would be peacemakers, it’s those who are different from us — even those who are our enemies — whom we are especially called to love. That must surely include respecting the faith traditions of our neighbors.

Finally, the truth is that when we champion religious freedom and equality for others, we are always equally fighting for our own religious freedoms. The cherished notion that our country was founded by folks in search of religious freedom is surely true. But the related idea that America was founded as a “Christian Nation” by people with a common vision for a government guided by shared religious principles in not accurate. The early colonies were often organized around the embrace of one of several competing visions of what it meant to faithfully worship God, and a number of our most important founders held religious beliefs that are in no way recognizable as “Christian.” The truth is that from the very beginning, the U.S. not only tolerated, but celebrated religious difference, attending to a great variety of voices as we labored to become a nation, with founders who often compromised and sacrificed deeply held ideals to ensure that the same freedom they desired for themselves would be enjoyed by others with whom their differences were real.

I’ve written previously about what a delight it is to host Central’s Comparative Religion class every year at Downtown Omaha’s Trinity Cathedral. I see in those classes a group of young people who are wonderfully and broadly representative of the world’s faith traditions, including the fast-growing group of young people who deeply yearn for a spiritual life but reject organized religious practice. The ways those Central students so easily banter with each other, care for one another, and respectfully listen to one another’s questions, doubts, and aspirations gives me great confidence that there is real hope for a future in which religious equality and tolerance wins the day, and in which people from every faith tradition can feel safe and secure in following after their God with confidence and joy.

Rt. Rev. J. Scott Barker is a 1981 graduate of Central High School. Following an active three years at Central, years that included, among other things, being elected Senior Class President and performing in Road Show, Scott enrolled at Yale, graduated in 1985, returned to enter Yale Divinity School and was ordained into the Episcopal Church in 1992. He returned to Omaha as an assistant at Trinity Cathedral, leaving Trinity to rejuvenate the Church of the Resurrection in north Omaha. Scott and his family then moved to New York state where he rejuvenated another struggling church into a vibrant community. He then returned to Omaha where he was consecrated as the 11th Bishop of the Diocese of Nebraska. As bishop, he cares for 53 churches, both large and small, providing encouragement and spiritual support wherever he goes. Scott is an outspoken advocate for people in need and volunteers on numerous boards at the local and national level. This compassionate cleric still finds time to support CHS activities, when possible.

Alumni Spotlight: 1902 graduate’s architectural legacy is one of the most significant bodies of work by an African-American architect 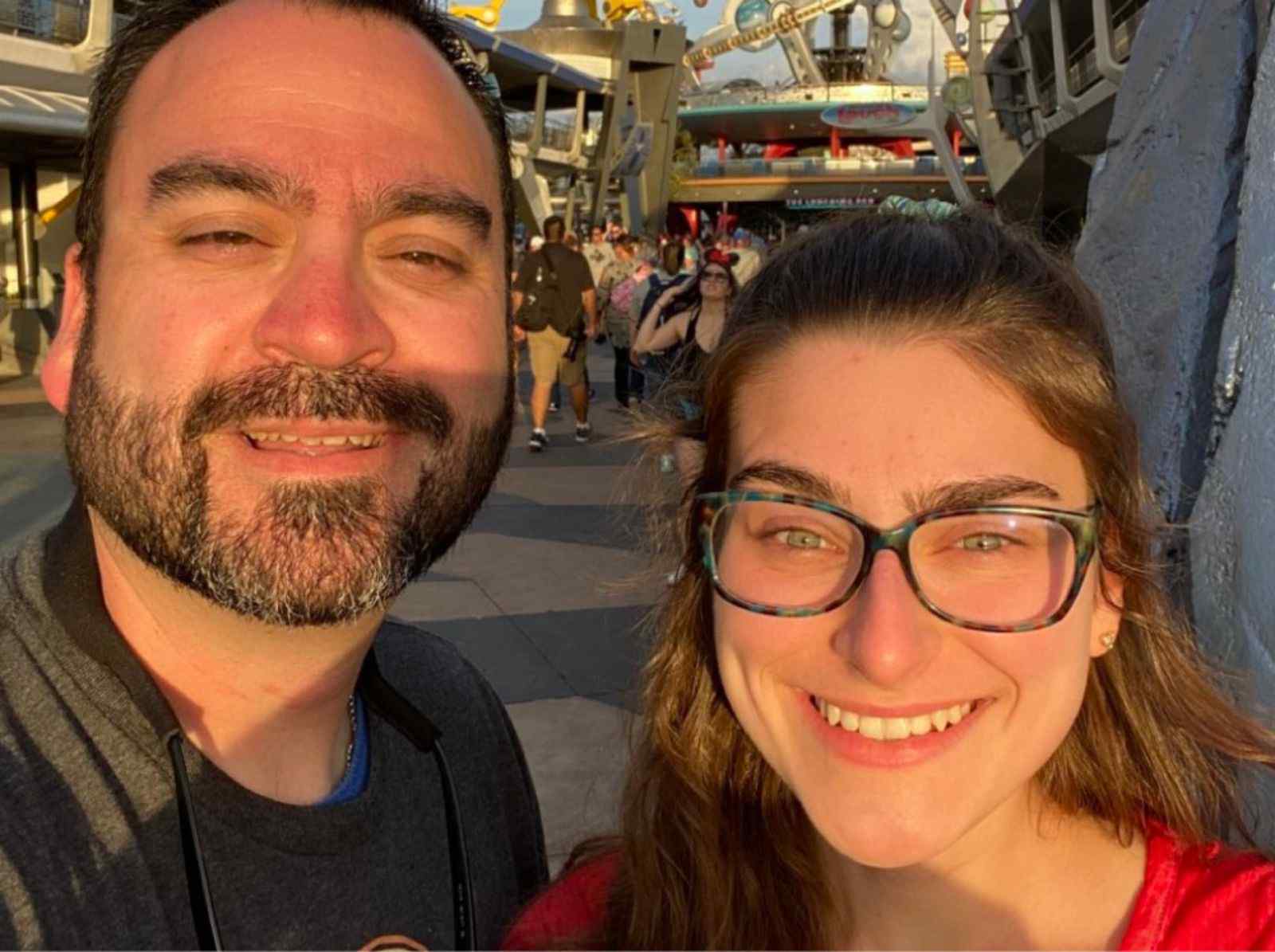 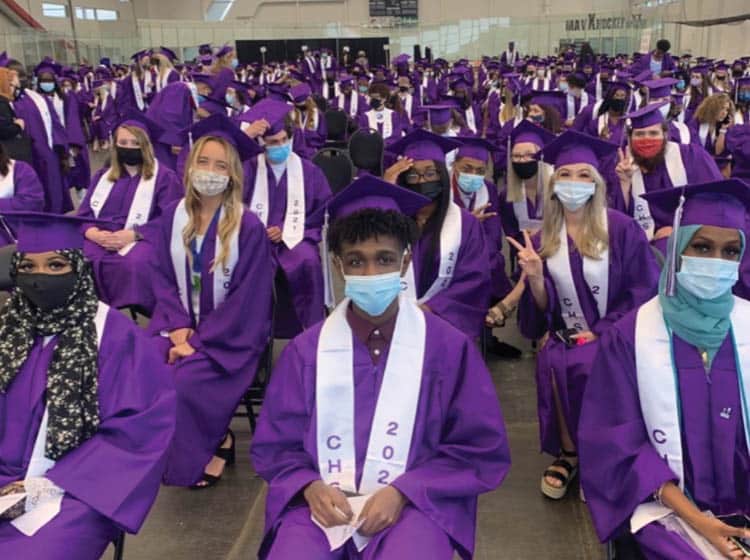