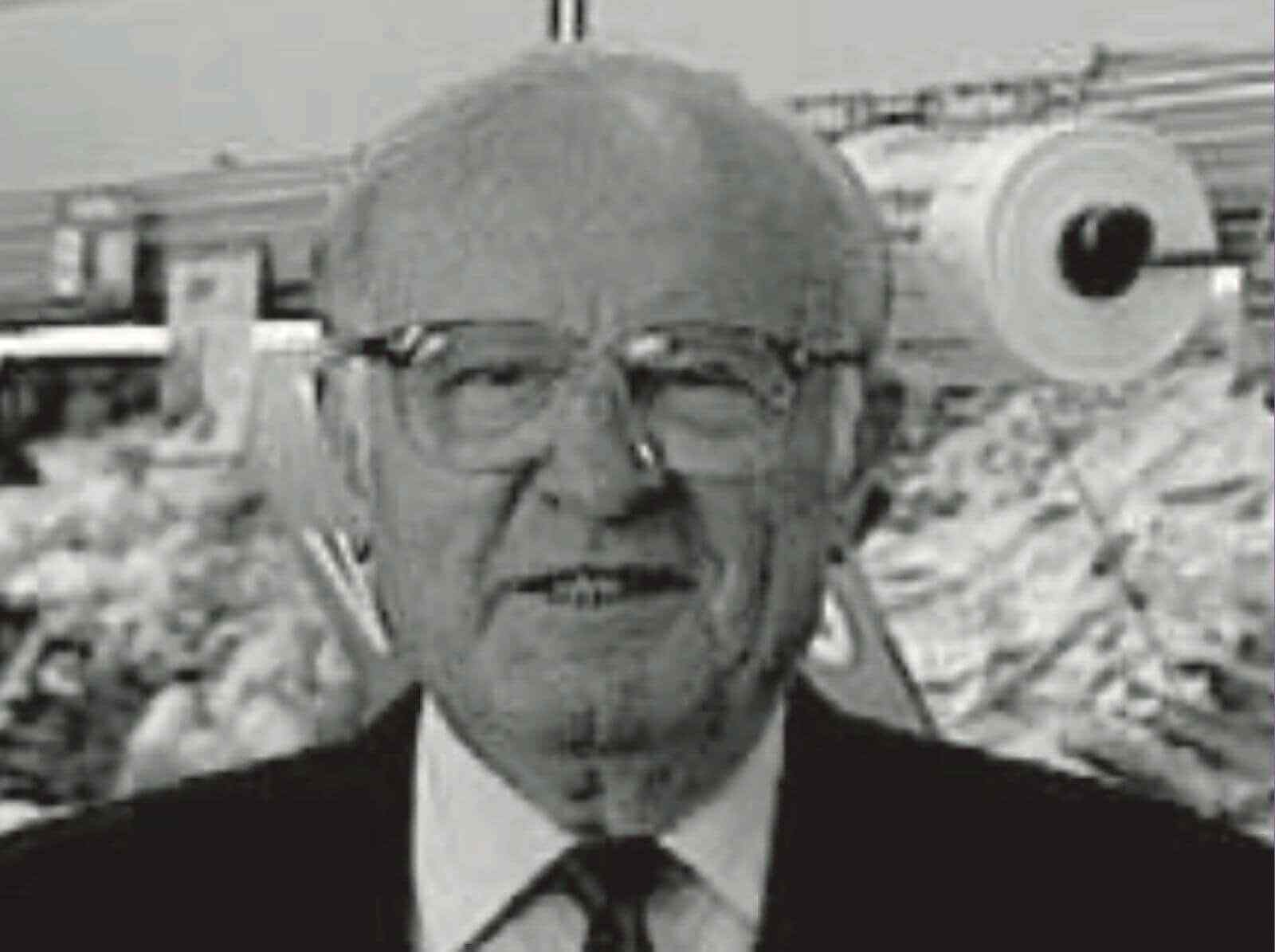 Harold Cooperman came to Omaha from Poland at the age of five. After graduation from Central at age fifteen, he worked for his uncle, Al Wohlner, before opening the first Harold’s Market in 1938. During World War II, Mr. Cooperman served in the U.S. Navy, managing the meat department of the base kitchen on Guam. Mr. Cooperman returned to the grocery business after the war with his highly successful Locust Street establishment in Carter Lake, IA. In 1980, he revolutionized the local grocery store scene with a warehouse store called No Frills. His innovative TV commercials, with his own costumed appearances as various historical and popular figures, have typified his hands-on approach to large business. The No Frills chain expanded from ten stores to fourteen by taking over former Baker’s and Albertson’s sites. Mr. Cooperman’s eleven-hour working days characterized his work ethic, and his contributions to civic causes have demonstrated his devotion to the community.